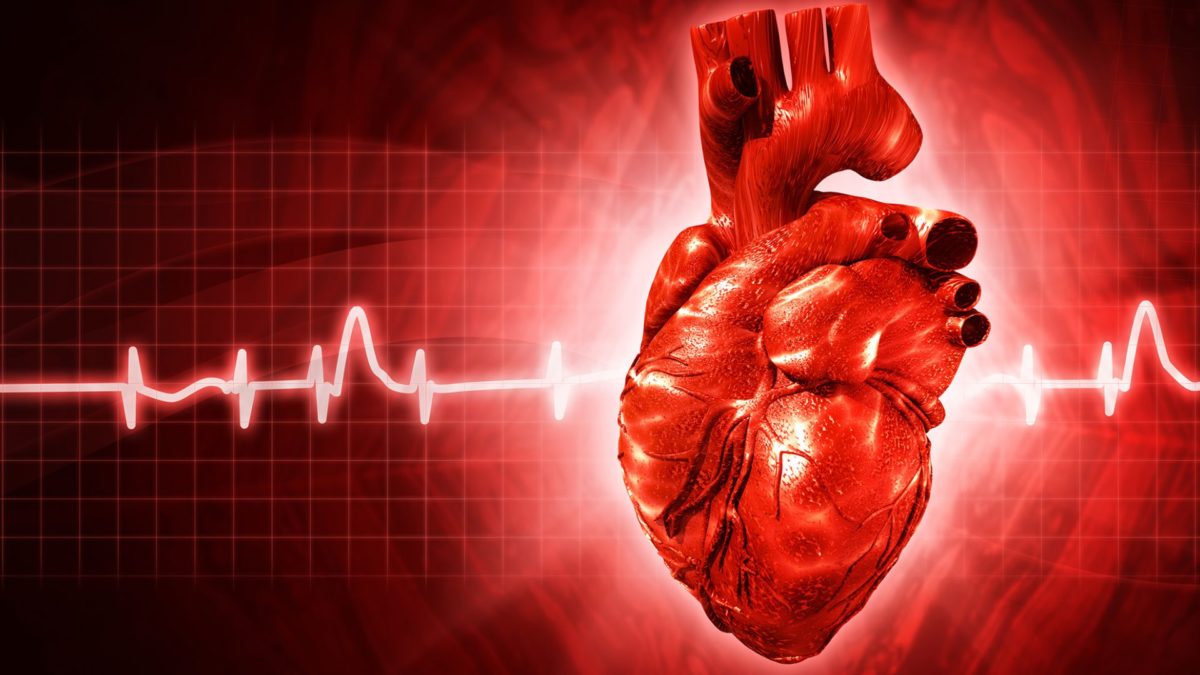 Heart, How It Works

The normal heart is a strong, muscular pump a little larger than a fist. It pumps blood continuously through the circulatory system. Each day the average heart "beats" (or expands and contracts) 100,000 times and pumps about 2,000 gallons of blood. In a 70-year lifetime, an average human heart beats more than 2.5 billion times. 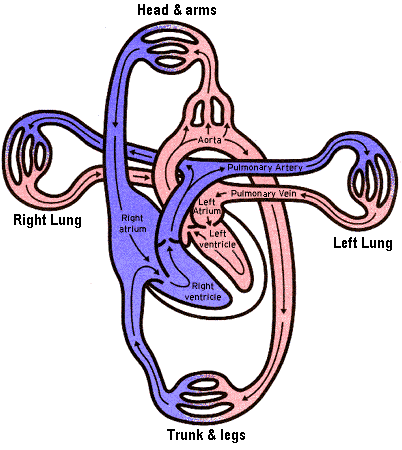 The circulatory system is the network of elastic tubes that allows blood to flow throughout the body. It includes the heart, lungs, arteries, arterioles (small arteries), and capillaries (minute blood vessels). These blood vessels carry oxygen and nutrient rich blood to all parts of the body. The circulatory system also includes venules (small veins) and veins, the blood vessels that carry oxygen and nutrient depleted blood back to the heart and lungs. If all these vessels were laid end-to-end, they'd extend for about 60,000 miles - far enough to encircle the earth more than twice.

The circulating blood brings oxygen and nutrients to all the organs and tissues of the body, including the heart itself. It also picks up waste products from the body's cells. These waste products are removed as they're filtered through the kidneys, liver and lungs.

What is the structure of the heart?

The heart has four chambers through which blood is pumped. The upper two are the right and left atria; the lower two, the right and left ventricles. Four valves open and close to let blood flow in only one direction when the heart contracts (beats).

The four heart valves are.

Each valve has a set of flaps (also called leaflets or cusps).

The mitral valve has two flaps; the others have three. Under normal conditions, the valves permit blood to flow in just one direction. Blood flow occurs only when there's a difference in pressure across the valves that cause them to open.

How does the heart pump blood?

The heart pumps blood to the lungs and to all the body's tissues by a highly organized sequence of contractions of its four chambers.

For the heart to work properly, the four chambers must beat in an organized manner. This is governed by an electrical impulse. A chamber of the heart contracts when an electrical impulse moves across it. Such a signal starts in a small bundle of highly specialized cells located in the right atrium - the sinoatrial node (SA node), also called the sinus node. A discharge from this natural "pacemaker" causes the heart to beat. This pacemaker generates electrical impulses at a given rate, but exercise, emotional reactions and hormonal factors can affect its rate of discharge. This lets the heart rate respond to varying demands.

Arrhythmias or dysrhythmias are abnormal heart rhythms. They can cause the heart to pump less effectively.

Normally the heartbeat starts in the right atrium when a special group of cells sends an electrical signal. (These cells are called the sinoatrial or SA node, the sinus node or "pacemaker" of the heart.) This signal spreads throughout the atria and reaches the ventricles (lower chambers) via the atrioventricular (A-V) node. The A-V node connects to a group of fibers in the ventricles that conduct the electric signal. In the ventricles, the impulse travels down the specialized fibers (the His-Purkinje system) and then to all parts of the ventricles. This exact route must be followed for the heart to pump properly.

What is a normal heart rate or pulse?

Under some conditions almost all heart tissue can start a heartbeat. In other words, another part of the heart can become the pacemaker. An arrhythmia occurs

What are the symptoms and treatments for slow heartbeat?

These problems can produce a heartbeat that's either too slow or too fast. A heart rhythm that's too slow (bradycardia) can cause fatigue, dizziness, lightheadedness, fainting or near-fainting spells. These symptoms can be easily corrected by implanting an electronic pacemaker under the skin to speed up the heart rhythm

What are the symptoms and treatments for rapid heart beating?

Rapid heart beating, called tachycardia or tachyarrhythmia, can produce symptoms of palpitations, rapid heart action, dizziness, lightheadedness, fainting or near fainting if the heart beats too fast to circulate blood effectively. Heartbeats may be either regular or irregular in rhythm.

Paroxysmal supraventricular tachycardia or PSVT or SVT is a type of tachycardia which starts and stops suddenly. The heart beats rapidly to about 150-250 beats per minute. It occurs with people of all ages; however is most common in the young and middle age groups. Often it occurs in people with no heart disease. The attacks of palpitation can last from few minutes to hours and may stop on its own or with vigorous cough or mimicking to strain while passing stools; many require hospitalization and intravenous medications. The PSVT is because of an abnormal, extra electrical connection within the heart and this cannot be cured with medicines.

When rapid heart beating arises in the ventricles - called ventricular tachycardia - a life-threatening situation can arise. The most serious cardiac rhythm disturbance is ventricular fibrillation, where the lower chambers quiver and the heart can't pump any blood. Collapse and sudden death follows unless medical help is provided immediately. If treated in time, ventricular tachycardia and ventricular fibrillation can be converted into normal rhythm with electrical shock. Rapid heart beating can be controlled with medications by identifying or destroying the focus of rhythm disturbances. Today one effective way of correcting these life-threatening rhythms is by using an electronic device called an implantable cardioverter defibrillator.

What is electrophysiology study (EPS)?

This is a study of the electrical properties of the heart. It is performed in patients suspected to have problems with their heart rhythm. These are patients complaining of intermittent episodes of sudden palpitations (rapid heart beating), or giddiness and brief fainting spells.

Where is EPS performed?

It is performed in a cardiac catheterization laboratory with special computer based equipment, which records the ECG from within the heart.

How is the procedure performed? 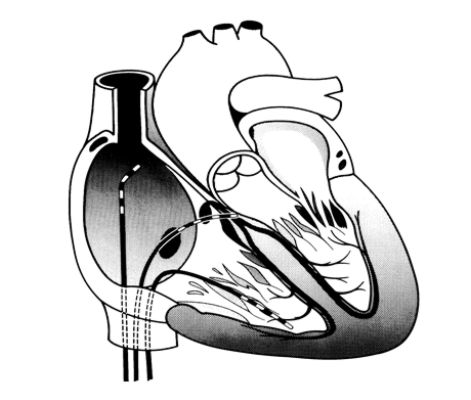 The X-ray equipment is used to position the catheters in the chambers of the heart. The heart rhythm is monitored on a special screen to show the electrical pathway of each beat.

How does the doctor identify my arrhythmia problem during EPS?

Recording of ECG from within the heart and artificial pacing helps to identify or confirm the cause of palpitations or giddiness in the patient. Tachycardia (palpitations) can be started with the help of these catheters and during such rapid heart rhythms, ECG from within the heart help to identify the mechanism of tachycardia. The doctor can start and stop the rapid heart beating at will using these electrode catheters.

When does the patient have to be admitted and for how long is the hospital stay?

The patient needs to be admitted to the hospital the day before, or the morning of the EPS & Radiofrequency Ablation (RFA). The patient has to stay overnight in the hospital and by next morning is ready to be discharged.

What are all the preparations required before the EPS & RFA?

Blood tests, X-rays, ECGs and echocardiogram may be required when the patient is admitted. Fasting for 6 hours is required before the EPS. All anti-arrhythmic medications may be stopped for 48 to 72 hours before the procedure. An informed consent is then taken.

What are the precautions to be taken after the procedure?

When the procedure is finished, the catheters are removed and hemostasis achieved and a small dressing applied. The patient is then taken to the recovery room. Bed rest is advised for 4 to 6 hours. Pulse, blood pressure and dressing will be checked by the nurse. Inform her right away if there is any bleeding or discomfort. The next day the dressing is removed and patient discharged. Strenuous physical exercise and lifting heavy weights is to be avoided for 15 days to allow healing at the puncture sites in the groin. However the person can resume duty or job within next couple of days of the procedure. After successful ablation half a tablet of aspirin is prescribed for three months to allow healing within the heart where RFA is performed.

What is radiofrequency ablation?

This non-surgical procedure is used to treat some types of rapid heart beating, especially Wolff-Parkinson-White syndrome. It's most often used to treat supraventricular tachyarrhythmias. These are rapid, uncoordinated heartbeats starting in the heart's upper chambers (atria) or middle region (AV node or the very beginning portion of the heart's electrical system).

How is radiofrequency ablation done?

During EPS the mechanism of arrhythmia is identified. Once the abnormal circuit is determined, a special catheter is used to deliver radiofrequency current at that spot which would eliminate the accessory pathway or extra connection and prevent tachycardia. Then a mild, painless radiofrequency energy (similar to microwave heat) is transmitted to the site of the pathway. Heart muscle cells in a very small area (about 1/5 of an inch) die and stop conducting the extra impulses that caused the rapid heartbeats. The procedure takes anywhere from 90 minutes to 3 hours.

How common is this procedure?

Radiofrequency ablation has a success rate of over 95-99 percent, a low risk of complications and the patient can resume normal activities in a few days. It causes little or no discomfort and is done under mild sedation with local anesthesia. It is not a surgery, there are no incisions/cuts, no stitches, and no blood is required. For these reasons, it's now widely used and is the preferred treatment for many types of rapid heartbeats. An EPS & RFA does involve a very small risk. However, the doctor recommending this test believes these risks too small compared to the benefit for patient. The doctor will discuss this with patient and answer any questions patient have. 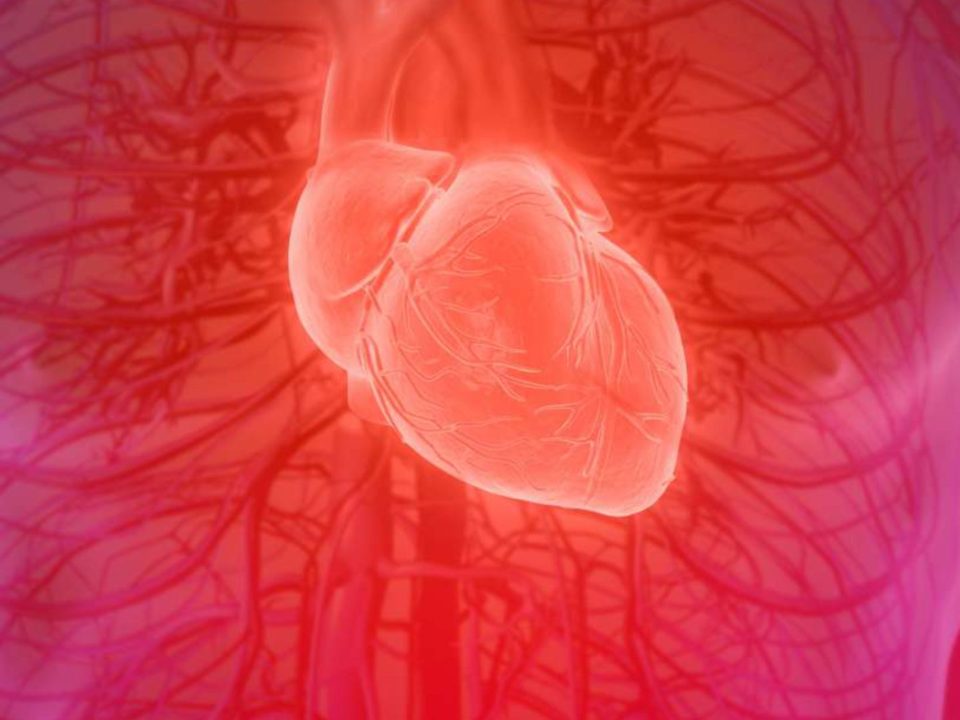 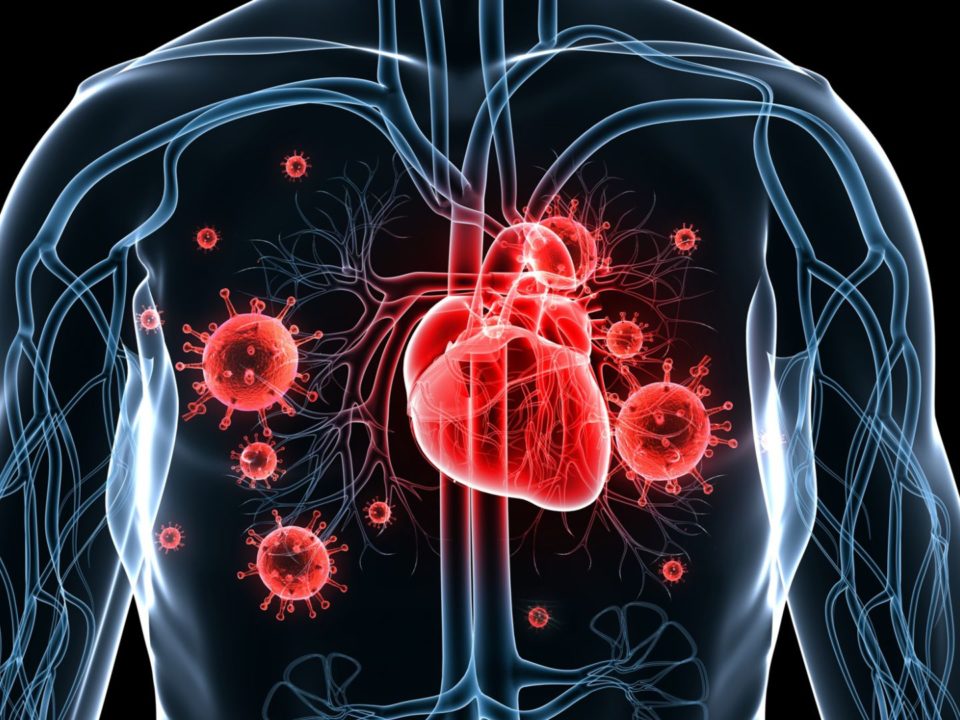