A 14 yrs girl a known case of rheumatic heart disease with mitral regurgitation presented with fever since 1 month. There were no other symptoms
What is the Diagnosis??

The echo clips of PLAX & SAX view (Fig A & B) show a mobile structure on the posterior wall of left atria with a sessile base and two very mobile parts attached to it – in all probability a vegetation. There is in addition a severe eccentric MR jet which is directed posteriorly & laterally (Fig C). The etiology of this unusual site of vegetation appears to be due a JET LESION damaging the endothelium of the LA wall brought about by the pre-existing mitral regurgitation. This acts as a nidus for further infection 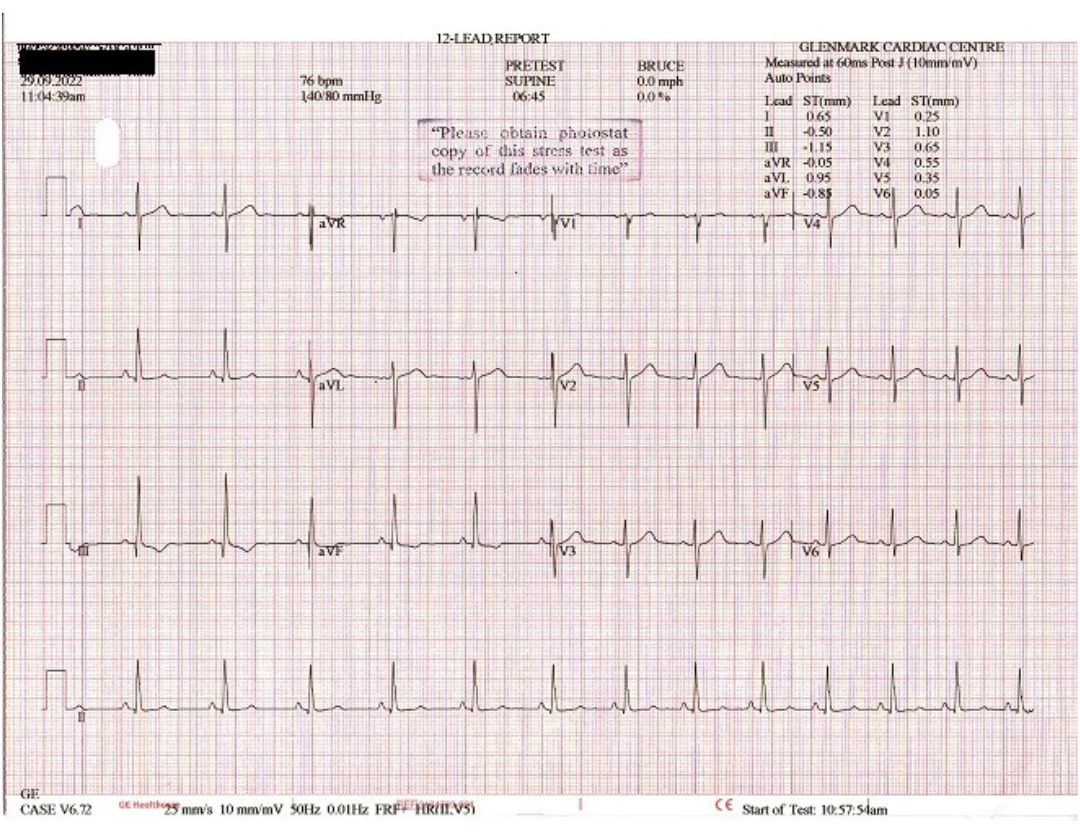 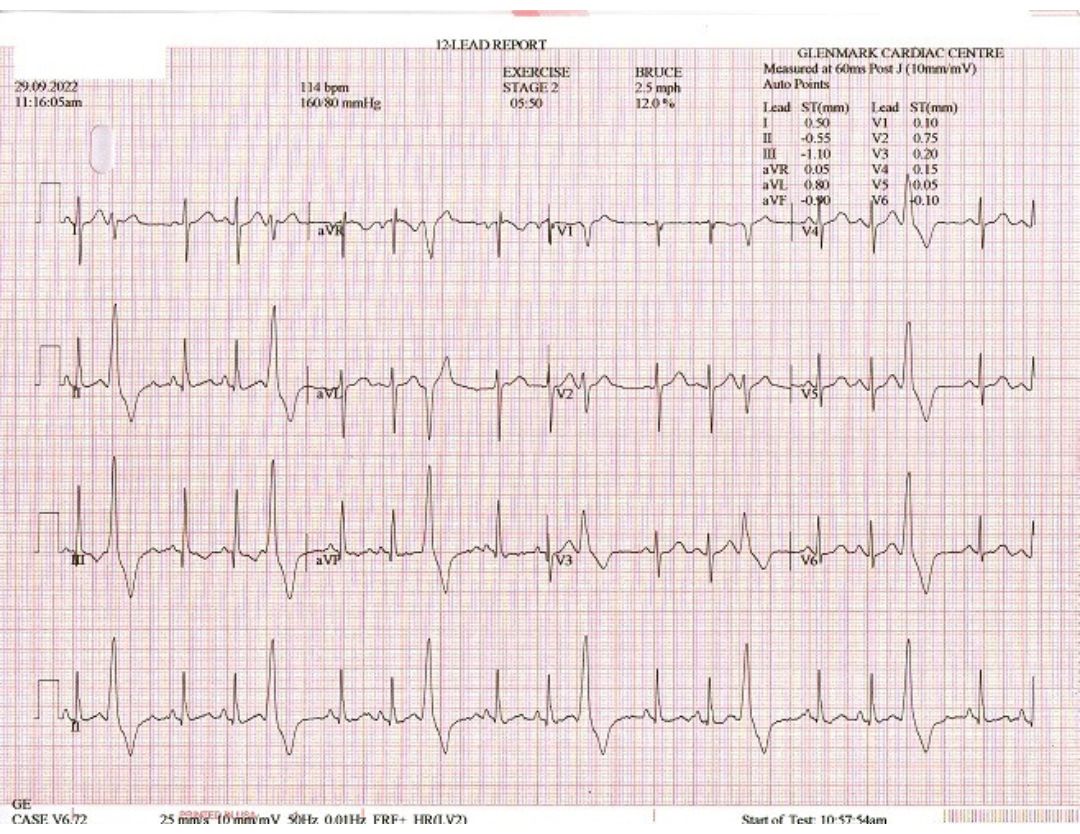 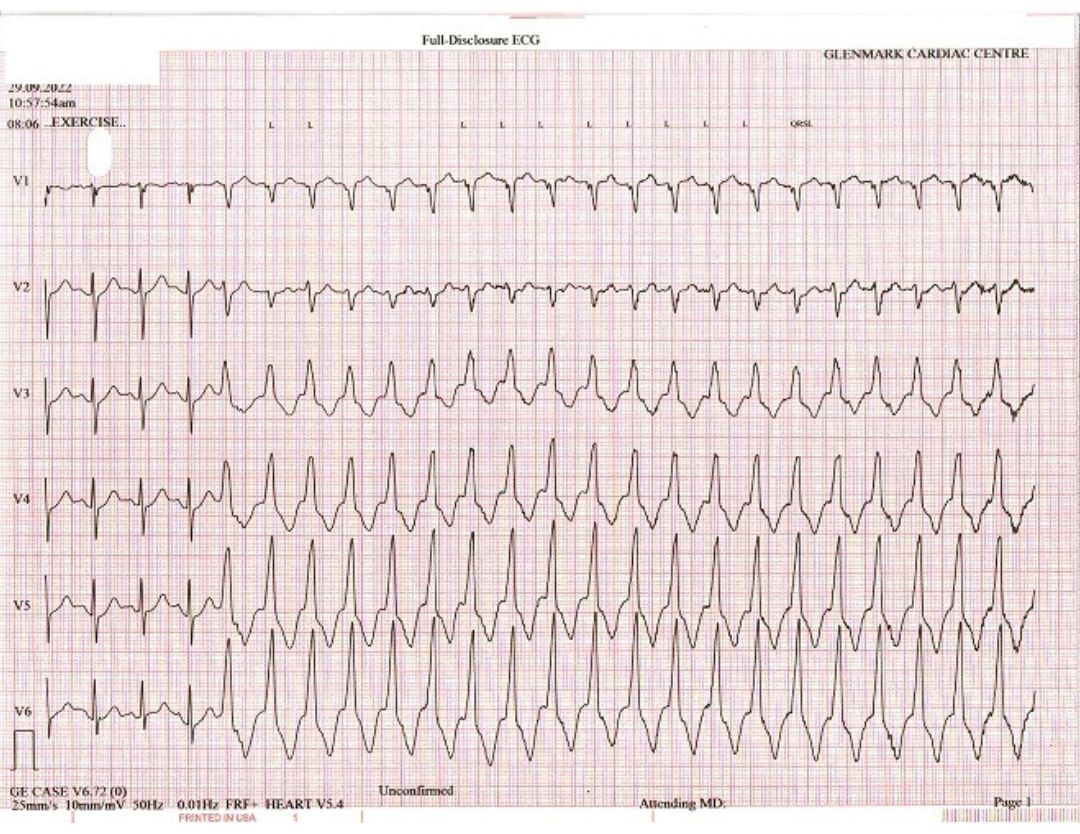 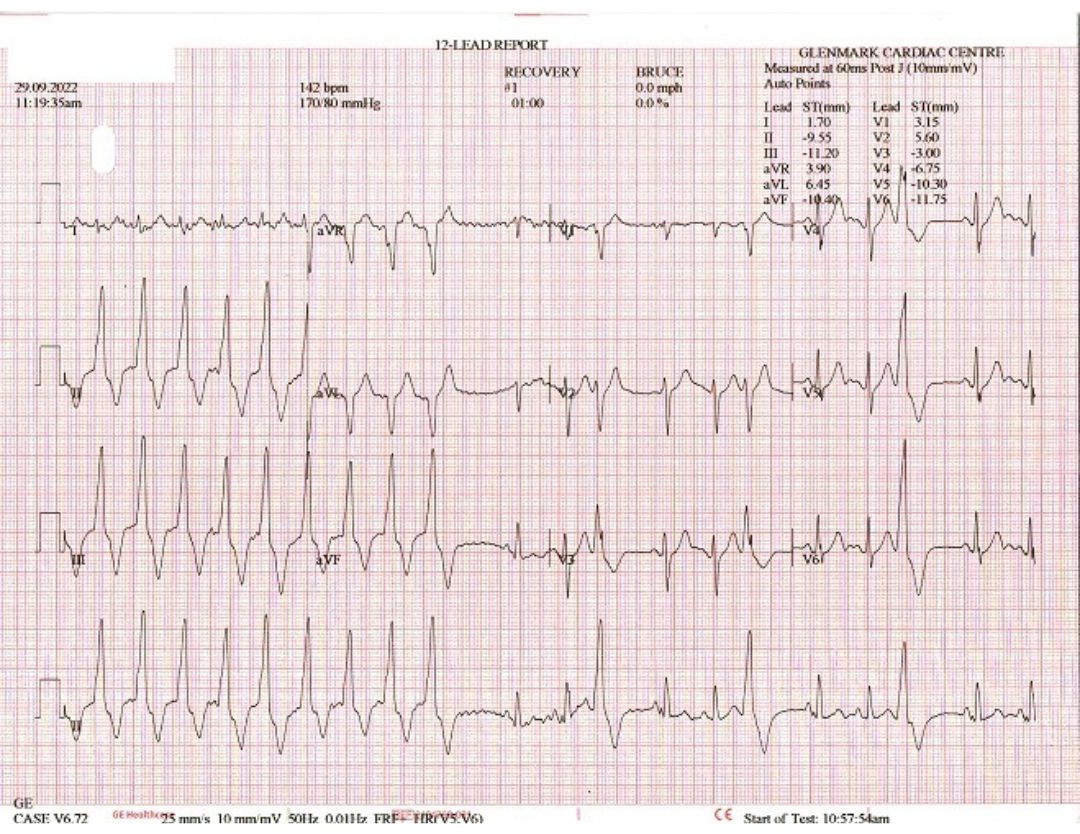 What does the exercise ECG show?

At baseline the ECG was normal. On beginning exercise test there were frequent monomorphic VPCs and often bigeminy pattern. On continuing exercise there was sustained ventricular tachycardia (VT) with rate of 160 bpm & on stopping the exercise test the VT stopped and eventually the PVCs reduced.

How do you approach the management of this patient?

There was exercise induced VT. There were no ST-T changes or angina & hence no evidence to suspect coronary ischemia. Also monomorphic VT is uncommon due to acute ischemia.

On reviewing the history & reports – there were no coronary risk factors & his 2 D Echo showed structurally & functionally a normal heart. The morphology of VT suggests origin from right ventricular outflow tract (RVOT). The most likely diagnosis is “idiopathic” RVOT VT & this has a benign prognosis. It can be medically treated with beta-blockers & radio-frequency ablation offers a permanent cure.